About new articles and books 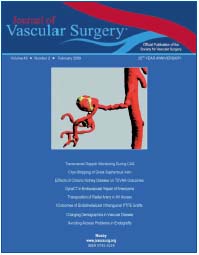 Reasons to draw up this consensus document were legion. In the past ten years, huge efforts have been made to standardize practices and terminology, with the publication of the universally adopted Clinical, Etiological, Anatomical, Pathophysiological (CEAP) classification1-3, together with vein nomenclature.4-5 Despite this, many terms still create problems of interpretation, highlighting the need for a common international scientific language in the investigation and management of chronic venous disorders (CVDs).

The VEIN-Term Transatlantic Interdisciplinary Consensus Document reports recommendations for uniform usage of venous terms reached by consensus by a faculty of international experts.

A transatlantic interdisciplinary faculty of experts under the auspices of the European Venous Forum, the American Venous Forum, the International Union of Phlebology, the American College of Phlebology, the International Union of Angiology, and the Society for Vascular Surgery met in order to provide recommendations for fundamental venous terminology. A first meeting was held in the framework of “Arctic Fjords Conference and Workshops on CVD” aboard MS TrollFjord [2-6 October 2007], Hurtigruten, Norway, under the auspices of the European Venous Forum, the Societas Phlebologica Scandinavica, and the University of Tromsö, Norway. During this meeting, a list of problematic CVD terms was drawn up and a draft of provisional definitions was then circulated by open e-mail communications to the entire faculty for further refining comments. This process was repeated and three additional drafts were circulated prior to the second meeting held during the 20th Annual Meeting of the American Venous Forum, February 20-23, 2008, Charleston, South Carolina, USA, under the auspices of the American Venous Forum. This second face-to-face meeting produced further refinements in wording and document organization. These were incorporated into a final draft reflecting the consensus of the assembled faculty.

The consensus document was published in January 2009, meaning that the group managed to go from conception to publication in less than one year.

It includes thirty-three broadly used venous terms related to the management of CVD of the lower extremities, which were agreed to have variable applicability and interpretation in reports in the venous literature. The terms selected for inclusion in the VEIN-Term consensus document are stratified into three different groups: clinical, physiological, and descriptive.6 It is worth noting that 13 terms had not to our knowledge been previously defined in the venous literature. They are: the acronym PREVAIT (PREsence of Varices (residual or recurrent) After InTervention), axial reflux, venous occlusion, venous obstruction, venous compression, recanalization, iliac vein obstruction syndrome, venous ablation, perforating vein interruption, perforating vein ligation, perforating vein ablation, mini-phlebectomy, sclerotherapy.

Some commonly used terms, as chronic venous disorders, chronic venous disease, chronic venous insufficiency, were clarified for the first time and given disease stage limits. For instance, a consensus was reached for “chronic venous insufficiency” as recovering patients from C3 to C6 of the CEAP classification, while some had until then used it for patients from C4 to C6 and others for all patients whatever the stage of CVD. The frequently encountered term “venous symptoms”, which has had a very vague definition, is now given a description: “Complaints related to venous disease, which may include tingling, aching, burning, pain, muscle cramps, swelling, sensations of throbbing or heaviness, itching skin, restless legs, leg tiredness, and/or fatigue. Although not pathognomonic, these may be suggestive of chronic venous disease, particularly if they are exacerbated by heat or worsen during the course of the day, are relieved by leg rest and/or elevation.”

The faculty managed to describe each of the 33 terms with restraint in words, capturing the essence of the definition, each word being weighed up and given a precise meaning. For instance, the term “postthrombotic syndrome” was defined as: chronic venous symptoms and/or signs secondary to deep vein thrombosis.

In conclusion, the VEIN-Term consensus document is intended to provide those involved in the management of CVD around the world, who may report their experiences in the English-language scientific literature, with clarifying refinements in venous terminology. It is to be hoped that it will result in a more precise use of venous terms in English-language articles on CVD in the future.

Nevertheless, one challenge remains, and that is to translate the English definitions as accurately as possible into other languages. This is not easy. This has already been done for the CEAP classification and the anatomic nomenclature.

Lastly, VEIN-Term has not covered all the imprecise terms in phlebology. Further meetings are needed to complete this work.

At first glance the third edition of the Handbook Of Venous Disorders looks like the previous ones: yellow cover, editor-in-chief Peter Gloviczki. But besides the blue on the page edges (in the previous edition it was green), the most important change is the increase in both chapters (57 to 65) and pages (from 557 to 744). As the book’s subtitle is Guidelines of the American Venous Forum, most of the authors are North American, with one Australian, six Britons, and seven continental Europeans.

Following the foreword by R. Rutherford and the preface by P. Gloviczki, the first subchapter is entitled evidence-based guidelines. The reason is that in all the chapters dealing with chronic venous disorders management, that is to say investigation or treatment, recommendations from the College of Chest Physicians task force1 bring real homogeneity to the various guidelines.

Before reading these recommendations, the reader needs to understand the important changes made in the methodology and how they were developed. The strength of the recommendation (1 : “We recommend”, or 2 : “We suggest”) no longer is based, as only a few years ago solely on the type and quality of available studies. It is a true judgement of the overall value of the balance between the benefits and risks incurred by following this recommendation, a judgement based on the expected benefits in terms of health, treatment-related risks, patients’ values and preferences, but also on economic considerations and the allocation of resources.

Part 1 of the book is devoted to basic considerations in venous disorders. A special chapter on venous ulcer formation and healing has been added to the second edition’s chapters on classification, pathogenesis, and epidemiology of chronic venous disorders.

Part 2 is devoted to diagnostic evaluations and venous imaging studies. All the ancillary and new investigations are reported in detail, including their advantages and pitfalls. Chapter 13, with its color duplex ultrasound scanning figures, and chapter 14, on computed tomography and magnetic resonance imaging, provide outstanding images of both acute and chronic venous disorders, including infrequent diseases.

Part 3 on acute management of acute thrombosis has been fully updated, and the chapter on treatment algorithms for acute deep vein thrombosis provides grade 1 recommendations to help physicians take decisions.

As in the previous edition, the last part covers issues such as outcome assessment in acute and chronic venous disease, but the most appealing chapter, already published in 20072 but now updated and more detailed, maps out the future.

Chapter 65 summarizes the American Venous Forum guidelines in a large table. It would be interesting to assess how physicians not only in the United states but all around the world comply with these guidelines in their daily practice.

The editor-in-chief and the four associate editors are all past Presidents of the American Venous Forum. They are to be congratulated for their immeasurable work in reviewing all the chapters that constitute the finest review of current knowledge on venous disease available between two hard covers.