Methods. A total of 230 patients with CVD CEAP class C2-4sEpAsPr and with at least three CVD-related symptoms were randomly assigned to either the MPFF group (n=126) or the control group (n=104). Patients in the MPFF group received MPFF tablets, 1000 mg daily for 2 weeks before and 4 weeks after EVT. Patients in the control group received standard compression therapy. Venous Clinical Severity Scoring (VCSS) was used to assess postprocedural outcomes and the 14-item ChronIc Venous dIsease QOL Questionnaire (CIVIQ-14) was used pre- and postoperatively to assess patient QOL. A Darvall questionnaire modified for Russian was used to measure patient expectactions and posttreatment satisfaction.

Conclusion. MPFF is of benefit for routine use in combination with varicose vein EVT due to its veinspecific pharmacological protection.

Current endovenous treatments for refluxing varicose veins include ultrasound-guided sclerotherapy (liquid or foam), endovenous laser ablation (EVLA), and radiofrequency ablation (RFA). In recent years, these minimally invasive endovenous procedures have gained popularity in the treatment of superficial venous reflux. The perceived advantages of endovenous therapy include reduced postoperative pain, high vein occlusion rates, and early return to work and normal activities. In the present protocol, we will focus on ultra sound guided foam sclerotherapy (UGFS), EVLA, and RFA, which are increasingly used for vein ablation all over the world.1,2

The mechanism of endovascular obliteration of varicose veins is universal and based on thermal or chemical damage to the vessel wall, primarily to its endothelial layer. As a result, a process of thrombus formation is induced, which should ideally lead to the complete obliteration and fibrous transformation of the diseased vein.3,4 The weak element of endovenous technology is the inability to fully control the depth of damage to the vein wall and the course of the thrombotic process, as well as the possible occurrence of paravasal reactions. These late reactions are most often manifested by intradermal and subcutaneous hemorrhages, hematomas and skin depigmentation, and may be associated with lower limb pain and edema. Much more rarely, necrosis and skin burn, deep vein thrombosis, thrombophlebitis, damage to nerves, as well as to lymphatic collectors and great vessels may be produced by endovenous procedures.5

Finally, the inflammatory process that accompanies thermal and chemical ablation has not been clearly elucidated, but there is a body of evidence to suggest that this inflammation is involved in the ablation process, and may in turn lead to post-procedure complications in the case of “hyperinflammation.”3,4

Micronized Purified Flavonoid Fraction (MPFF) consists of 90% diosmin and 10% other flavonoids expressed as hesperidin, diosmetin, linarin, and isorhoifolin, The benefits of MPFF as part of the pharmacological postoperative recovery of patients with varicose veins who have undergone phlebectomy have been evaluated in two trials.6-9 In both studies, MPFF helped attenuate pain, decrease postoperative hematomas and accelerate their resorption. It was also associated with an increase in exercise tolerance in the early postoperative period.

The main aim of minimally invasive procedures is to avoid reflux and limit hypertension, which are central to chronic venous disease (CVD) progression. In an animal model of acute venous hypertension, MPFF has been shown to reduce reflux through pressurized veins.10 It is the only available venoactive drug known to modify the chain of events leading to chronic venous hypertension.11 MPFF therefore possesses the most appropriate profile to be associated with endovenous procedures for reinforcing the effect of such techniques on vein ablation and for decreasing venous hypertension, with beneficial effects on clinical severity, symptoms, and quality of life.12

Most post-procedure complications are probably the result of ‘hyper-inflammation’ in the injured vein. MPFF is likely to be of use in limiting such post-intervention complications as a result of its vein-specific anti-inflammatory action.11,12 Despite inconsistent evidence, the combination of compression therapy with invasive techniques is often promoted. To our knowledge, there are no published studies on the use of venoactive drugs after an intervention and no recommendations for such an association in current guidelines. The results of this study should fill the gap.

The objective of the DECISION study (Observational stuDy among patiEnts with variCose veins of the lower limbs undergoIng endovenouS ablatIon alOne or in assocIatioN with venoactive drugs) was to evaluate the benefits of adjunctive MPFF with endovenous ablation of varicose veins.

The study end points were as follows:

Adults of any race could be included in the study if they met the following inclusion criteria: aged between 30 and 60 years; symptomatic (pain, itching, tingling, cramps, restless legs, sensation of swelling, heaviness) primary varicose veins with a single lower limb to be treated; diagnosis of venous disease according to the clinical, etiological, anatomical, pathophysiological (CEAP) classification – C2 with or without complications (±C3, ±C4), Ep (primary VV), PR (with reflux), anatomically located at the short saphenous vein (SSV), and/or the great saphenous vein (GSV), and/or perforators; and presence of venous reflux confirmed by duplex ultrasonography (measured in upright position at 3 cm below the saphenofemoral junction and after the Valsalva maneuver with the patient standing on the contralateral limb). Patients were also required to have no known allergy to anesthetics or sclerosing agents (for foam sclerotherapy), taken no phlebotropic agent during the 4 weeks before selection, no expected pregnancy in the 2 months following (for women), given their written informed consent and to be available for follow-up visits.

The exclusion criteria were as follows: phlebotropic treatment in the 4 weeks before selection; history of alcohol or drug abuse; known history of allergy or intolerance to diosmin or any other phlebotropic agent and to sclerosing agents (in the case of foam sclertherapy); asymptomatic varicose veins; secondary varicose veins; angiodysplasia; neoplasia; presence of lower-limb lymphedema; diabetes mellitus; connective tissue disorders including rheumatoid arthritis; blood disorders; arterial disease (ankle-brachial index < 0.9); any concomitant active disease that may interfere with the results (particularly inflammatory and/or infectious disease); previous deep venous thrombosis (less than 1 year prior to study); recent superficial venous thrombophlebitis (less than 3 months prior to study); obesity with body mass index (BMI) >30 kg/m2; inability to walk; predictable poor compliance with treatment; participation in another clinical trial during the previous 3 months; pregnant or breastfeeding women, or women wishing to become pregnant; and unavailability for follow-up visits.

A total of four visits were planned during the study. The pre-intervention visit at which point patients were included in the study, took place 2 weeks before the endovascular procedure. The second visit was the day of operation and was followed by two further visits at 2 and 4 weeks after the procedure.

Once included, patients were randomly allocated to either MPFF or the control group, and the choice of endovenous procedure was made after discussion with the investigator. Endovenous procedures proposed to patients included UGFS, EVLA, or RFA. These procedures could be performed in isolation or in association, depending on the position, diameter and length of the vein to be ablated. The investigations schedule is presented in Table I.

Patient characteristics
Groups were compared at baseline using the Student’s t-test and Fisher’s exact test when appropriate; the complementary Mann-Whitney test was used for quantitative variables, and the chi-square test for sex ratio.

End points
Between-group comparisons for changes in VCSS scores and in health-related quality of life scores were made using two-way analysis of variance with repeated measures of variance to compare scores before and after treatment.

Overall evaluation
Fisher’s exact test for between-group comparisons (with or without MPFF) of the investigators’ treatment assessment.

For all tests, the level of statistical significance was set at 5%.

DECISION was carried out in eight clinical centers in the Russian Federation from January to September 2011. The study included 230 patients who gave informed consent for participation in the study.

Randomization was performed at Day -15 before the intervention using sealed envelopes. A total of 126 patients were assigned to the MPFF group and 104 to the control group. UGFS was used in 98 patients, EVLA in 128, and RFA in 46. The vast majority of patients (n=228) underwent a combination of two endovascular procedures.

EVLA was performed using certified diode lasers with wavelengths from 940 to 1560 nm. The mean levels of laser exposure in the MPFF and control groups were 18.2 ± 5.8 and 18.3 ± 5.9, respectively (P=0.93), and spent energy was -2904 ± 1692 and 2427 ± 1361 J (P=0.28), respectively. RFA was performed using the VNUS Closure system (Covidien, USA) at the standard mode. The type of endovenous procedure performed was equally distributed between groups with no statistically significant differences. The DECISION flow diagram is presented in Figure 1. 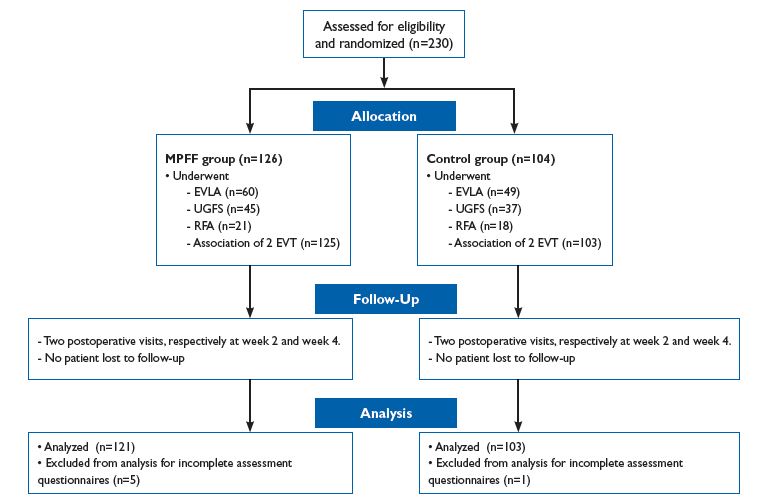 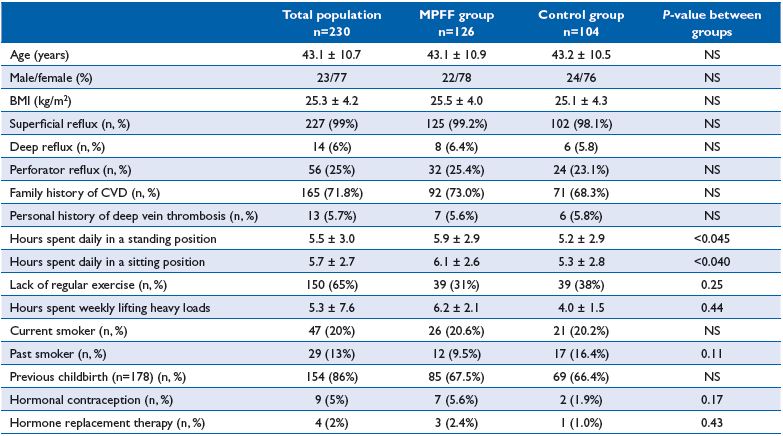 Table II. Patients characteristics of the DECISION population at baseline.

The ultrasound study revealed severe superficial reflux in 227 patients (196 patients in the GSV, 31 patients in the SSV). Retrograde blood flow through the deep and perforating veins was detected in 14 and 56 observed patients, respectively. Clinical and investigational characteristics, as well as history and risk factors for CVD of patients enrolled in the study are presented in Table II.

The baseline average VCSS values in patients randomized to the MPFF and control groups were 4.2 ± 2.1 and 4.0 ± 2.1, respectively (P=0.55), indicating no significant differences between groups. The difference between pre-operative and postoperative VCSS scores at week 2 was statistically significant between groups in favor of MPFF (P<0.00001 in the MPFF group vs P=0.15 in the control group). (Figure 2). 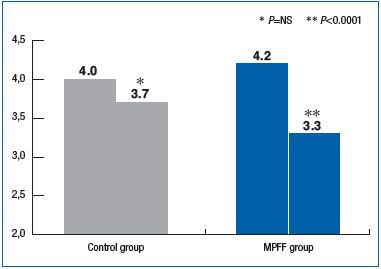 Figure 2. Changes in VCSS scores between the preoperative visit and week 2 postoperative visit. Comparison between MPFF and control groups.

The reduction in VCSS score during the first 2 weeks after the endovenous procedure was significantly greater in the MPFF group compared with the control group. At 4 weeks after the procedure, the reduction in VCSS score in the MPFF group was also markedly higher than in the control group, although the result was not statistically significant. These findings suggest that MPFF is associated with a decrease in the severity of CVD, ie, positive changes in the disease course.

A significant increase in the global index score (GIS) was observed within the first 2 weeks after the endovenous procedure both in the MPFF group (P<0.00001) and in the control group (P=0.00022), corresponding to an improvement in patient quality of life. Similar results were observed at week 4 with a significant increase in GIS in both groups (P<0.00001). Despite a trend throughout the follow-up period for a higher GIS in the MPFF group compared with the control group, this did not reach statistical significance (Figure 3). 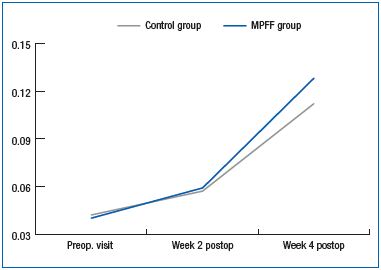 Figure 3. Changes in the CIVIQ-14 GIS during the DECISION study.

Complete obliteration of varicose veins was achieved in 207 patients, and partial obliteration in 15 patients. The remaining 8 patients did not complete all the questionnaires.

Before the treatment, 87% of MPFF patients and 91% of patients in the control group expected a decrease in their CVD specific symptoms, venous edema, aesthetic improvement of legs, and the possibility of wearing light clothes, etc. The overall satisfaction of patients receiving MPFF was significantly higher compared with the control group (95% vs 82%, P<0.0001).

The overall physician satisfaction regarding the use of MPFF was significantly higher at week 4 than week 2 (P=0.000018). Globally, the investigators were fully satisfied with adjunctive MPFF in the perioperative period after endovenous procedures for varicose veins and considered this drug as appropriate for use in daily practice.

No adverse events were reported in the MPFF group.

The present study demonstrates the possibility of improving the results of varicose vein endovenous procedures by administration of MPFF in the perioperative period. This can abolish the consequences of vascular wall damage and prepare paravasal structures, particluarly the microvasculature, to the operating trauma, making the disease course over the postoperative period more comfortable and predictable.

This article presents only the essentials of the DECISION study, which also addressed such critical problems as the assessment of changes in individual CVD symptoms using visual analog scales, the analysis of patient expectations and satisfaction with treatment outcomes, as well as morphometry of the obliterated varicose vein. Further discussion of these important issues that open new prospects for contemporary phlebology, requires a separate article, which will be published soon.