The aim of this paper is to demonstrate the major role played by the new computerized imaging tools available today in the fields of morphology and vascular anatomy. For anatomical studies or educational purposes, they enhance classic techniques.

Three-dimensional reconstruction, which is already used in daily clinical practice, will be the basis for computation of validated volumetric protocols enhancing our diagnostic, prognostic, and therapeutic methods. It is also a fantastic educational tool: interactivity and virtual dissection make it simple, efficient, attractive, and easily understandable, particularly in the field of venous anatomy.

Although the existence of blood vessels was discovered in ancient times, probably in prehistoric Egypt, their precise description can be attributed to the Arab physician Ibn al-Nafis (1250). Subsequently, further progress did not come until the Renaissance period, with Andreas Vesalius and his famous 1543 work De humani corporis fabrica. The first person to make an anatomical and functional description of the venous valves was William Harvey in 1628 in his work “Exercitatio anatomica de motu cordis et sanguinis in animalibus” (“On the motion of the heart and blood”) (Figure 1). 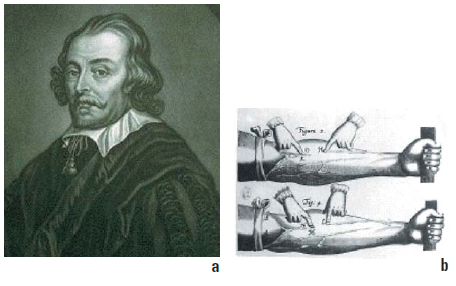 Figure 1a: Sir William Harvey (1578-1657)
Figure 1b: Demonstration of the presence of the valves against reflux in the venous system.

TOOLS FOR THE STUDY OF VASCULAR ANATOMY

Classic techniques are dominated by the following:
Anatomical dissection of cadavers. This is the basic technique for learning about anatomy.1 Claude Gillot developed a method adapted to the study of the venous system using color segmentation of the veins of the lower limbs: after injection of green latex, followed by meticulous anatomical dissection and identification, the veins are colored according to different color codes.2 Anatomical sections and diagrams supplement photographs and anatomical drawings made during dissection.

Plastination is an anatomical technique used to preserve biological tissues by replacing the different organic fluids with silicone, a method created in 1977 by the anatomist Gunther von Hagens.3 A famous example of an earlier and similar technique, as applied to a horseback rider and his mount, can be seen in the museum of the veterinary school in Maisons-Alfort, near Paris, by Fragonard.

Corrosion casting is a technique in which an organ or body system (vascular, bronchial, liver, digestive, etc.) is injected with latex and then put in a solution of concentrated acid, causing the gradual destruction of all the surrounding tissues.

New tools of digital anatomy using virtual reality.4-6
The use of virtual reality in medical imaging allows true virtual dissection, in the living subject, of anatomical structures in the human body: bone, muscle, and blood vessels.

Using these techniques, data acquisition with venous spiral CT scan, with or without7 injection of diluted contrast medium, can produce a 3D reconstruction of the anatomy of the venous system.8-10

Dedicated computer software (Vitrea“ [Vital Images], Voxar“ from Barco.com and VolViz“ on a Windows operating system and OsiriX“11 on an Os X operating system (Apple) can be used for interactive 3D modeling of anatomical structures, which can be differentiated from each other by their density.

Computer software, in particular QuickTime Virtual Reality from Apple“,12 can be used to vary tissue transparency and angle of view (zoom, rotation), thus enabling a true virtual dissection of the lower limb. This is very much an anatomical study of the living leg and foot that visualizes their bone and muscle structures. Although such methods do not provide hemodynamic information, it is easy to see how useful they are for detailed anatomical study.

Figure 2: Ray tracing of voxel* data
In the eyes of the observer looking at the screen, each point is the result (color, transparency) of projections of all voxels* crossed by the light ray.
*Voxel: (volume element): small elementary cube which comprises the acquisition volume.

Many types of VRT software are available (GE, Siemens, Philips, Toshiba …), almost all of which are intended for radiologists. They automate the segmentation process, have the advantages of rapidity and simplicity, and also allow more complete utilization of data acquisition. Digitization can be used to handle tissues and vary their transparency, by creating a correspondence between the different tissue densities and a color, a transparency, and a luminosity for each voxel in the reconstructed 3D model.

Consider a histogram of density distribution in Hounsfield units (HU) of a CT scan with injection of contrast medium (Figure 3, upper right). We observe 2 density peaks: one on the left, that of air, at around +1000 HU, and one the right, that of soft tissue, at 0- 200 HU.

Example 1 shows the result of the model without black and white shading, without transparencies (similar to a chest film presentation).

Example 2 shows the result of the yield by rendering the skin transparent yellow, eliminating the intermediate soft tissue and leaving bone white. 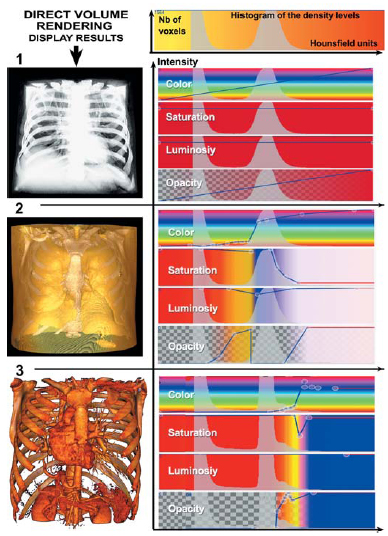 Figure 3: Thresholding technique for the 3D modeling of tissues by
direct volume rendering.

Visualization and utilization of the 3D model
Whatever the method of reconstruction, the result obtained by this 3D modeling, after surface texturing and lighting, provides a highly realistic visualization of anatomical structures: rotation of the model, a zoom-in view, various angles and changes in transparency of tissues, producing a true virtual anatomical dissection An example is shown in Figure 4, with the venous CT scan of the lower limbs. 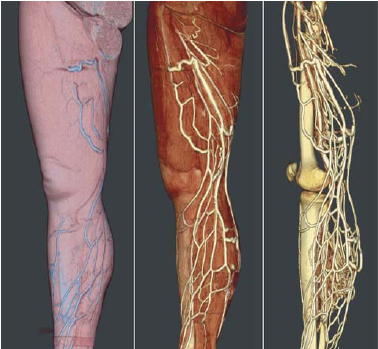 Figure 4: Result of a venous CT scan of the lower limbs with injection of contrast medium. Display of three levels of transparency: skin, muscles, bones and veins.

New tools of virtual dissection
The new imaging methods using 3D modeling of anatomical structures are a considerable advance in angiology: Based on data acquisition with a spiral CT scan and injection of contrast medium, specific software allows very precise 3D reconstruction of vascular anatomy. This method can be used in the study of both arteries and veins.

THE MAIN FIELDS FOR USE OF THESE NEW TOOLS:

– Investigation of patients
For arterial disease (a check-up before and after surgery), for chronic venous disease (complex recurrent varicose veins, assessment of congenital vascular malformations). Here, it is mandatory to add a hemodynamic evaluation with color duplex.

– Educational purposes. These are fine tools for learning anatomy, particularly of the venous system, the most complex of the human body. Here, the virtual dissection of anatomical structures is a precious aid, using interactive movies and animation.

An aorto-bi-iliac bypass check-up showing an anterior view of the celiac trunk and superior mesenteric artery (Figure 5), an endovascular view of the stent (Figure 6), an assessment of the pelvic arteries for functional disability (Figure 7), and a venous CT scan to investigate a postthrombotic syndrome of the left external iliac vein (Figure 8). 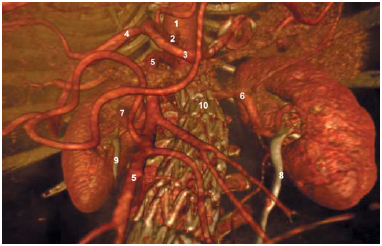 Figure 6: Endoluminal view of the stent. 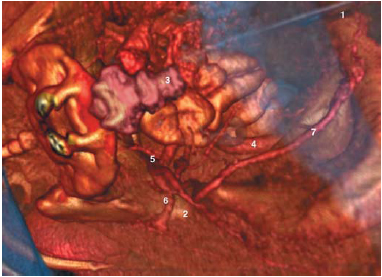 Advances in computer technology have led to new tools for 3D modeling of anatomical structures in the human body, in particular vascular anatomy. By means of interactive virtual dissection and dissemination on the Internet, these methods are an educational tool of unparalleled value.14 With 3D vector modeling, they will improve imaging data analysis and so represent a major advance in determining prognosis and therapeutic strategy. In the very near future, these tools will open the way to treatment simulations and assisted surgery15 or pre-operative training, which, for young surgeons, will be comparable to the use of flight simulators to train airplane pilots.